Just as the first Russian tanks and military vehicles rolled into the Ukrainian territory on February 24, commodity prices surged with oil breaching $100 (€91) a barrel, aluminum climbing to a record high and wheat prices soaring to a nine-year high.
The surge reflected traders’ worries that the war involving Russia — a key supplier of oil, natural gas, coal, aluminum and wheat — and Ukraine, also a key exporter of wheat and oilseeds, could stoke inflation, further disrupt supply chains and derail the global economic recovery.
A month into the conflict, most of those fears are coming true. Inflation has shot up mainly due to higher energy and food prices, a shortage of wheat is deepening the food crisis in countries like Egypt, and economic growth is stalling, prompting economists to cut global growth forecasts.

“Over time, global commodity trade flows will need to adapt to some or all of Russian/Ukrainian supply being unavailable, whether due to infrastructure damage, sanctions or ethical concerns,” major commodities trader Glencore said in its annual report last week. 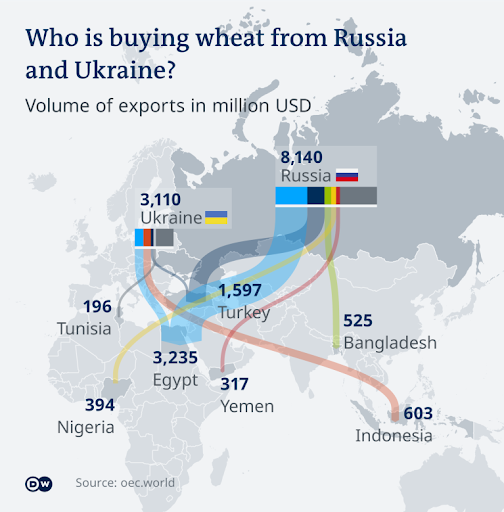 The war in Ukraine has hit supplies of wheat, corn and sunflower oil in several parts of the world, prompting UN Secretary-General Antonio Guterres to warn of a “hurricane of hunger and a meltdown of the global food system.”
Russia and Ukraine together account for about 30% of global wheat exports. The two countries together account for 80% of the world’s sunflower oil exports.
Russian forces have been blocking ships carrying wheat from leaving the Black Sea, a key trade route for grains. The war has also jeopardized Ukraine’s wheat harvests, further threatening food security.
Wheat prices are the highest they’ve been since 2008 and are expected to continue to rise. Sunflower oil prices have also gone up across the world. Fears of supply shortages are causing people in several European countries to stockpile cooking oil and flour.
The crisis is being compounded by a rise in fertilizer prices which is causing farmers globally to reduce the amount of land they’re planting. Russia is a major exporter of soil nutrients like potash, ammonia and urea.
The EU is set to distribute €500 million ($550 million) to help farmers deal with higher fuel, feed and fertilizer prices. It is also allowing them to grow crops on fallow land to help curb the rise in food prices and prevent any potential shortages.

Hurrah ! We turn 52 today. Our Journey had certainly not been a bed of roses, however the root cause of all success to Acid India Group is indefinitely credited to each and every devoted stakeholder who have made this happen. As we celebrate this moment of joy and... 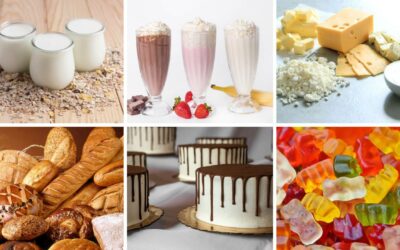 The foodies and leaders in the food industry have released their predictions on the food trends of 2022. Often, these food and flavor trends offer little value to the average food and beverage manufacturer because of their inability to scale for the masses. While... 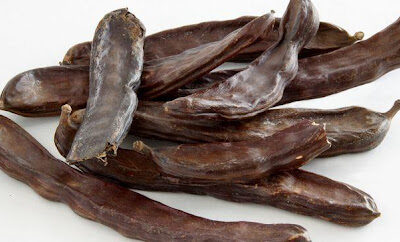 As demand for the versatile ingredient found in everything from ice cream to plant-based foods has increased, soaring prices have prompted some companies to look for cheaper substitutes. Locust bean gum is a victim of its own success. The ingredient, which comes from...